High competition makes you look for creative approaches to a spoiled target audience. Guerrilla marketing increases interest in a brand or product using non-standard interactive techniques. The limited financial costs of a Guerrilla marketing advertising campaign are more than offset by the effectiveness of PR stunts.

For a competent launch of the technology, it is necessary to study successful examples of guerrilla marketing implemented by world-famous companies. Furthermore, analyzing the experience of large brands will help determine the most beneficial strategies and ideas worthy of implementation.

What is Guerrilla Marketing?

Guerrilla marketing is a method of attracting the target audience’s attention with the help of an emotional component. The terminology evokes clear associations with military themes. Marketers took the effect of surprise and suddenness from the guerrilla military strategy.

Guerrilla marketing advertising campaigns are striking, shocking, impressive, and provide a unique product for the thing that is being promoted. Public spaces and social media are ideal settings for guerrilla marketing campaigns. However, you need to think carefully about the details and assess the risks to avoid trouble.

The feasibility of using different types of marketing depends on the niche, the kind of activity required (contact with the brand through the website or in another way), and other features. There are five main types of guerrilla marketing:

The consumer is encouraged to purchase the product and talk about what they saw with interested friends and acquaintances (potential buyers). Young people are especially responsive to Guerrilla marketing campaigns. Interest in catchy ideas and non-standard presentation is the highest among the younger generation.

Pros and Cons of Guerrilla Marketing

One of the most compelling factors in guerrilla marketing is the low cost of launching an advertising strategy. Financial expenses will be much more modest than classic format advertising development. The bets are placed on viral or word of mouth (WOM) dissemination of the message, which is initially shown to a narrow audience segment. People self-promote cool ideas through social media. Primary news sources pick up the most viral and successful guerrilla marketing campaigns.

Creative thought is brought to the forefront, with bright ideas more critical than budgets. The limitations of traditional marketing are eliminated. The freedom to express the imagination in guerrilla marketing is inspiring and responsible.

What are the risks of this type of marketing strategy? First, using questionable or illegal techniques sometimes provokes problems with government agencies. Excessive innovation causes open misunderstanding with the public – the likelihood of refusals increases, and there is a risk of attracting a stream of negativity. Even inappropriate weather conditions and other trifles can spoil the idea, leaving a dark imprint on the brand’s reputation. And when preparing classified marketing campaigns, it is necessary to have responses formulated in advice about any claims of ill-intentions.

The gracefulness of the guerrilla marketing concept allows new offerings to be brought to market through creativity and original approaches. When familiar is switched out with novelty, surprise, pleasure, and other pleasant feelings are recorded in the client’s memory. Flash mobs, graffiti, stickers, and other elements are perceived as more loyal and trustworthy than typical advertising. Examining examples of guerrilla marketing will provide an accurate understanding of the principles of this successful strategy. 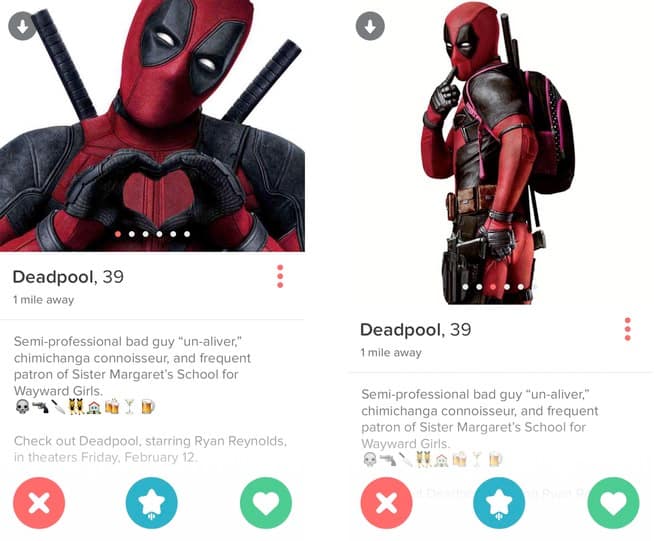 Marvel has increased the visibility and frequency of mentions of the famous Deadpool character ahead of the release of the legendary black comedy. The main character, a fantastic superhero, appeared everywhere – from emoji stickers to billboards with strange overtones.

The climax was the creation of a superhero profile on the social network for dating, Tinder. Deadpool photos with vivid hints of flirting and funny descriptions emphasized the emotional background of the film. Various cafes were transformed to complement their appearance on Deadpool’s Tinder profile.  The franchise was successful, and marketers proved that guerrilla technology could be applied with humor and engaging online audiences. 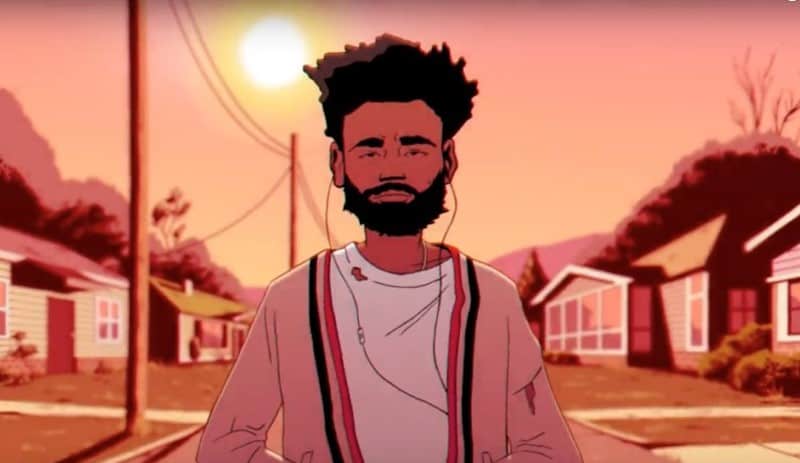 The summer heat was a great reason to offer people free ice cream and at the same time introduce them to the mini-album by the artist Childish Gambino. Trucks with cold sweet treats were stationed in major cities in the USA and UK. The campaign gained popularity – people wishing to try ice cream lined up in long lines. The slogan “Summertime Starts Here” was easy to grasp and resonated with the “Summer Pack” album title. The idea was complemented by the possibility of a thematic photo session for everyone.

Seasonal relevance and the provision of incentives are good attraction factors. However, with inexpensive ideas, you can bring real value and joy to your customers.

Domino’s Pizza has proven that being creative in solving customers’ pressing problems can be applied to any niche – even pavement improvement. Potential clients were asked to leave an application on a particular website indicating the areas where roads need to be updated. The campaign to pave the road for a safe and fast pizza delivery received a lot of publicity. The magnitude of demand has prompted an increase in the budget for road-laying grants. As a result, renovations have been carried out in 50 states.

The topic went viral and was actively discussed on social networks (the first week brought 35 thousand mentions). In addition, the discussion was picked up by the media, which also contributed to the promotion of the brand. 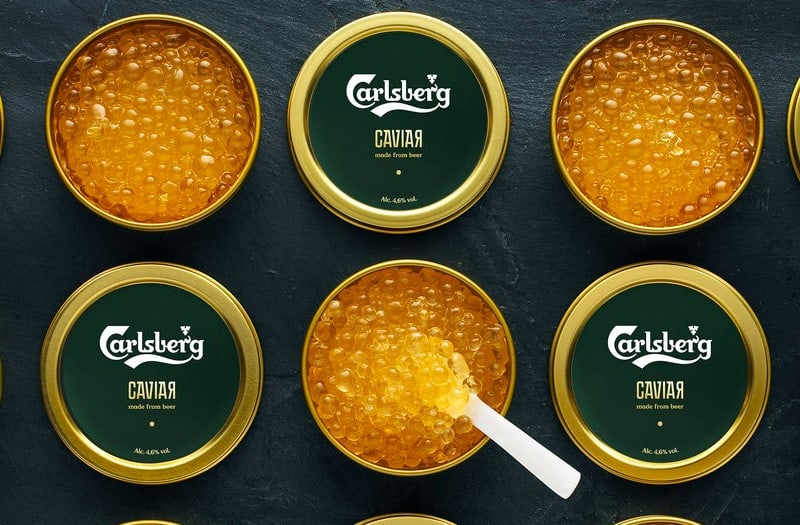 At the 2018 World Cup, the sponsor of the Danish national football team offered fans a special product – beer caviar. The championship was held in Russia, the beer manufacturer Carlsberg decided to present traditional Russian food with an original accent. Fans of football battles highly appreciated the offer. The media highlighted the marketing success. In addition to the admiration of football and beer lovers, the brand gained recognition and a viral story that will be remembered for many years. 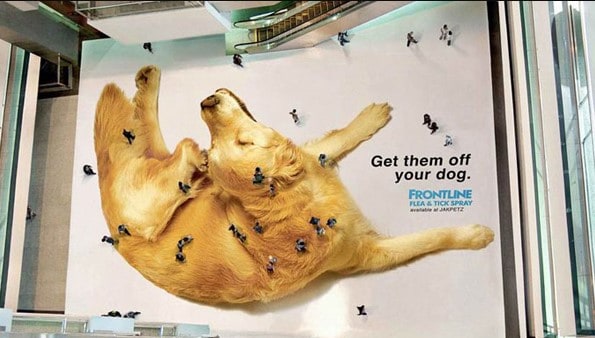 The Frontline brand has taken advantage of a scaling technique to generate interest from their audience. For example, renting an area in the lobby of a multi-story shopping center allowed them to place a massive photo of a dog itching from fleas and other pests on the floor. Everyone who entered the building inevitably walked directly over the image.

When observing the movement of people over the photograph from the balconies of the higher floors, the illusion of the activity of insects disturbing the animal was created. The inscription “Get them off your dog” fixed an illusory association and made the observer peer into what was happening below to follow the movement. The idea of ​​protecting a pet from parasites with such a “visual” example quickly became known. Now it is often used as a brilliant example of competent advertising. 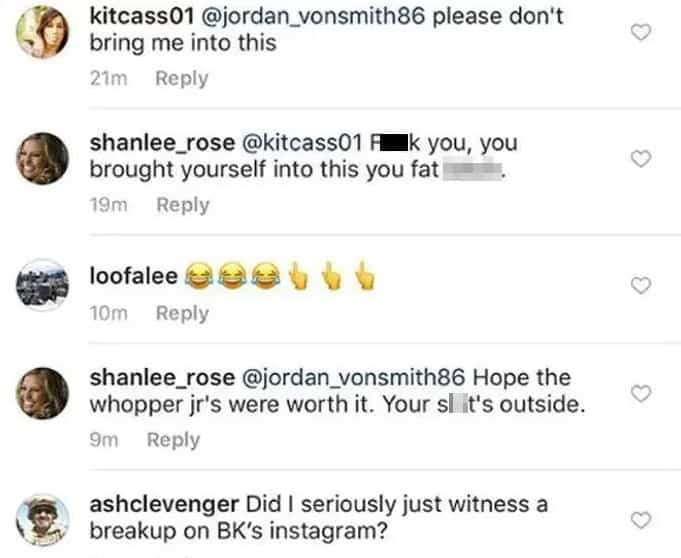 A striking example was a couple’s virtual scandal in the Instagram comments under a Burger King restaurant chain post. The guy said in a comment his girlfriend had spent 20 minutes with the order last night. The beloved saw this remark and was surprised: she did not place an order last night! It turned out that they were talking about another acquaintance with whom the young man was “just relaxing.” And – off we go!

After exchanging a few unflattering phrases, the offended party announced that they had thrown the “ex’s” things onto the street. Next, someone expressed surprise that a couple was breaking up via Instagram. Then, in another comment, people supported the girl’s breaking up with her guy.

The thread of comments turned into a loud news item. There was a vigorous debate among users, and the frequency of Burger King mentions rose sharply.

It is unlikely that it will be possible to find out if the dialogue was rigged or the story is real, but the effect met all the requirements of guerrilla marketing. 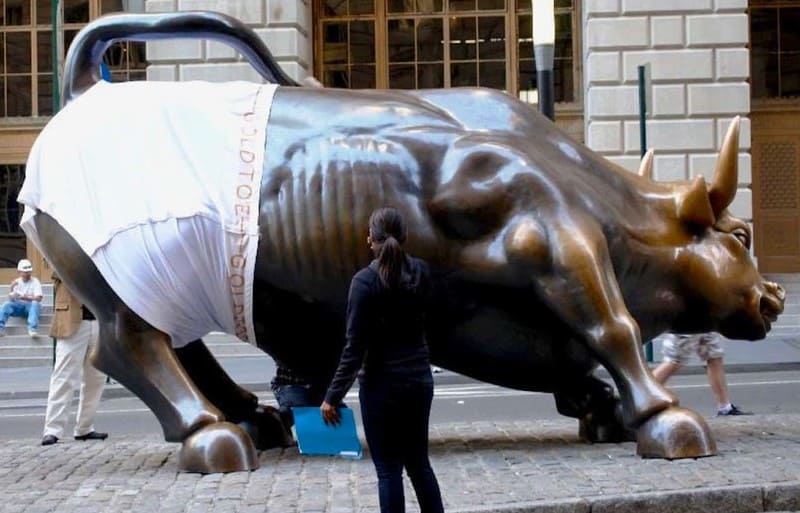 GoldToe wanted to advertise a new line of underwear on the streets of New York, teeming with serious and busy people. For this, GoldToe chose a somewhat ridiculous and, at the same time, funny idea: to dress up the statues of the city in huge panties. Even for the famous Wall Street bull statue, which weighs more than 3 tons, they made tight underwear. Unfortunately, a lot of fabric was used for these “renovations.” It was not easy to create underwear patterns for such models.

The famous statues attract tourists. One could count on publicity among the local population and interest from visitors. The line between humor and outright stupidity is thin, but GoldToe’s marketers managed to strike a balance, make people smile, and create excitement about a new line of lingerie.

Widespread advertising with minimal financial costs is the main advantage of guerrilla marketing. Social networks and other sources of communication allow you to provoke the rapid popularization of any topic. It is only necessary to evoke strong and multifaceted emotions in a small audience to push them towards independent publicity of the impressions received.

Of course, there is a risk of making the advertising campaign incomprehensible or missing out on the nuances that affect the quality of the presentation of the idea. But a careful approach combined with non-standard algorithms will lead to positive viral awareness, as evidenced by the numerous examples of guerrilla marketing discussed above.