Donatella Versace, Christian Dior, Coco Chanel, Marc Jacobs, Vivienne Westwood, Vera Wang…the list of famous fashion designers is almost never-ending. Some of them have become legends that have changed the world. However, even creative directors of famous fashion houses are more familiar to the public than the most significant web designers. Therefore, we have compiled a list of web design gods based not only on their position or place of work but also on the brilliance and creativeness of their projects.

Why will the most renowned web designer never become a Christian Dior?

Yes, fashion and the web are two separate worlds, but this isn’t the only point. Web designers cannot compete in recognizability with fashion gurus for the following reasons:

Web design mostly attracts the interest of business owners. Average users usually don’t care. But this well may change. Maybe, in the future, people will discuss website design with the same excitement as fashion and interior design trends.

30 Best Web Designers Everyone Should Know About

This list is not an attempt to define the contribution or importance of every designer. However, all of them equally deserve the title of the most influential web designer. 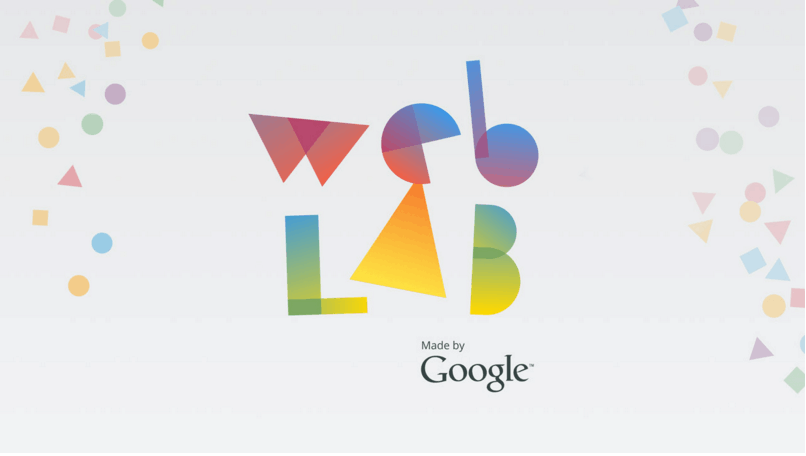 Mark is an art director at Microsoft, pretty much an icon of web design whose works are familiar to almost everyone. He specializes in user experience, interactions, and convenient interfaces. One of the top web designers, Mark Wheeler, pleases his fans with his drawings and the futuristic style of his web projects. He is maybe the world’s best web designer. 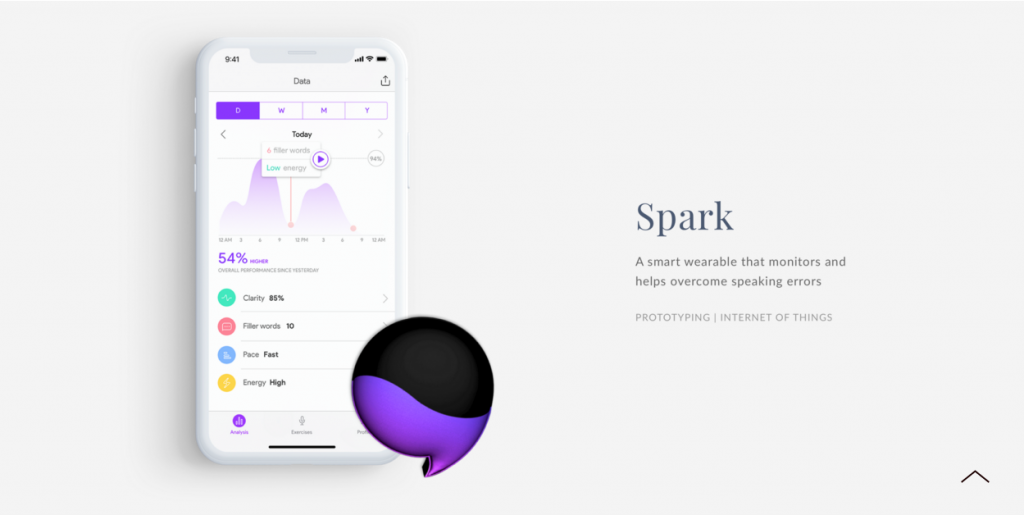 This designer and illustrator from San Francisco know how to create clear and light interfaces for the smoothest user experience. She has been among the well-known web designers for a long time. Her portfolio is an exemplar for everyone who wants to design a stylish and convenient website in any niche. She is a great example of a designer who cares about web design and has worked on it for a long time. 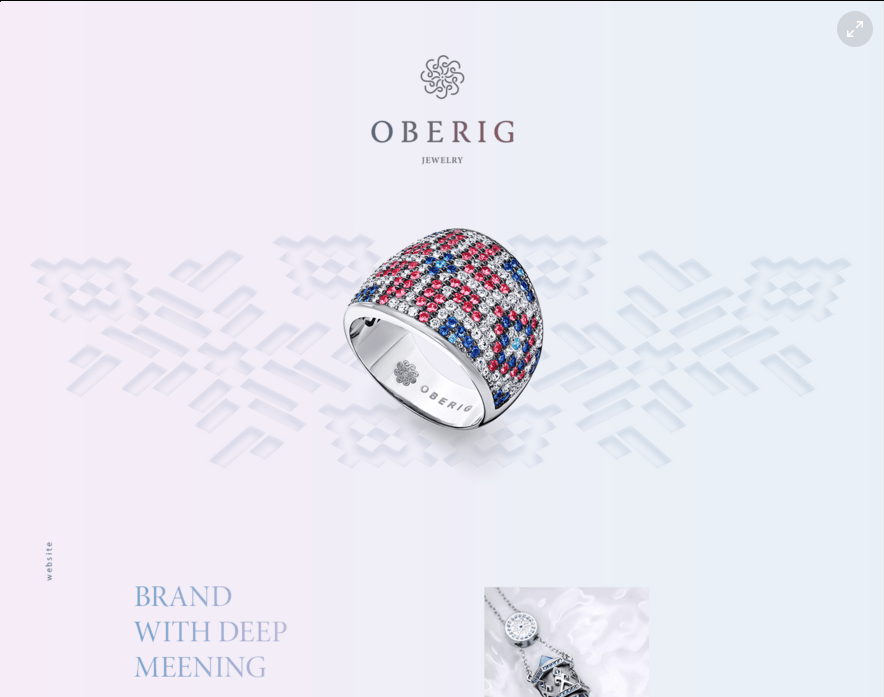 This lady is a creative director of the Vintage company (Ukraine). She deals with product design, interfaces, and user experience. The characteristic feature of Olga’s designs is their diversity. She uses all available design tools to achieve the necessary result, including large typography and photos, animation, unusual color combinations, illustrations, and diagonal forms and lines. As a result, her works look expensive, modern, minimalist, and light. No wonder she’s among top rated web designers.

Kimi is a talented art director, illustrator, and designer from Los Angeles with numerous awards. He is one of the proponents of minimalism in web design and often hits web design listings. Like Mark Wheeler, he also became popular thanks to his brand-focused designs. For example, his logo is Branding first, design second. 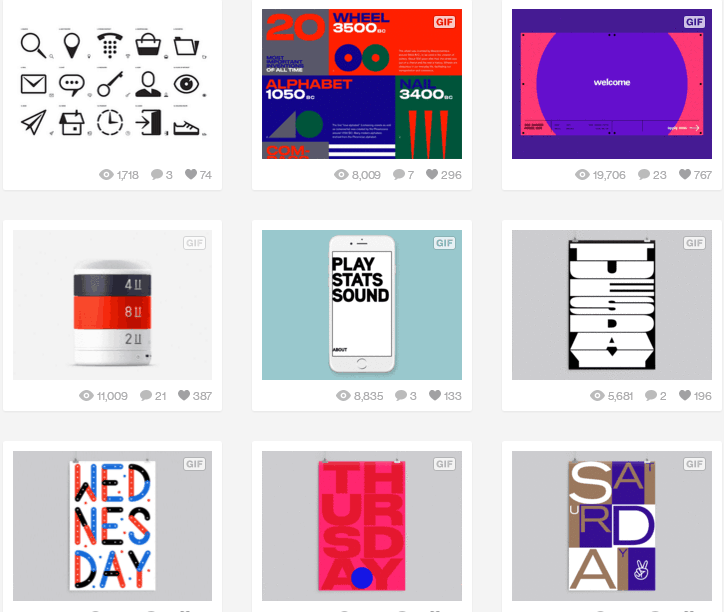 This photographer and designer are based in New York. He is the co-founder of his creative studio and a trendsetter in brand and product design. Anton usually bets on large typography and uses letters as separate illustrations. His works are the main proof that you can create a conceptual web masterpiece using only one color and suitable font. That’s why he is mentioned among the Top 30 best web designers. 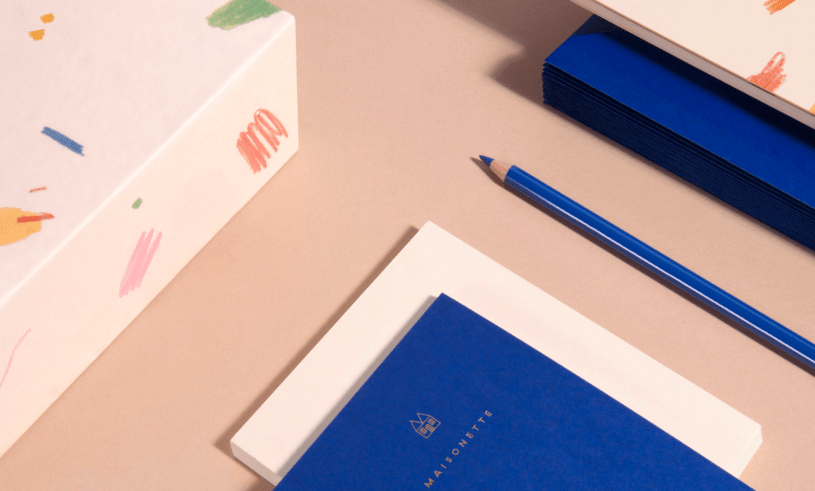 Lotta is a Finnish art director, illustrator, and web designer. She specializes in brand-focused design. Nieminen is praised and appreciated for her artistic style and was the first to start using pastel colors, geometric shapes, and abstract objects in website design. No wonder she is among the top recommended website designers. 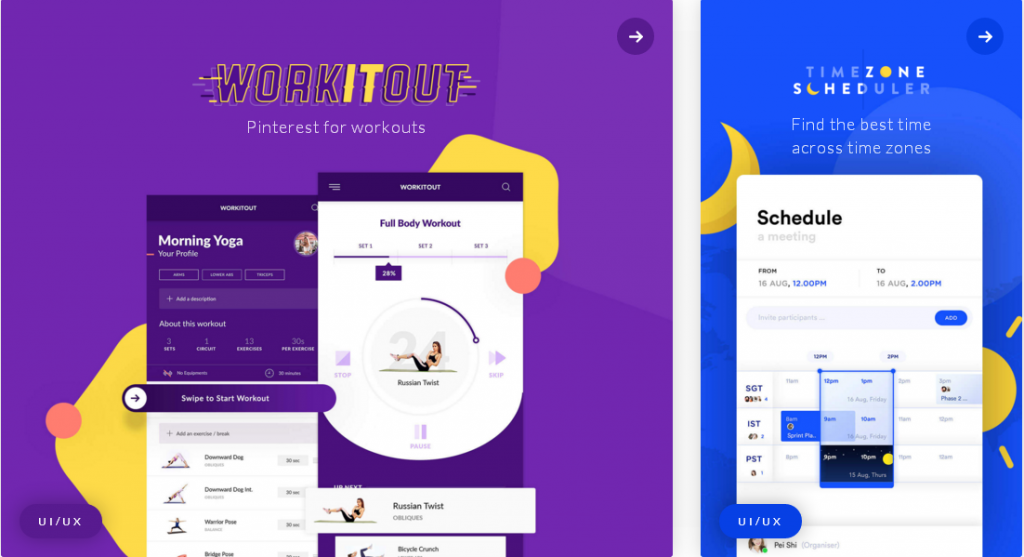 It would be best if you got acquainted with the works of this talented developer and UX/UI designer from PayPal. Her portfolio largely consists of magnificent vivid interfaces based on pure colors and geometric shapes. In addition, Tan uses currently popular animation but implements it smoothly to make sure that users aren’t annoyed by endless motion and micro-interactions. 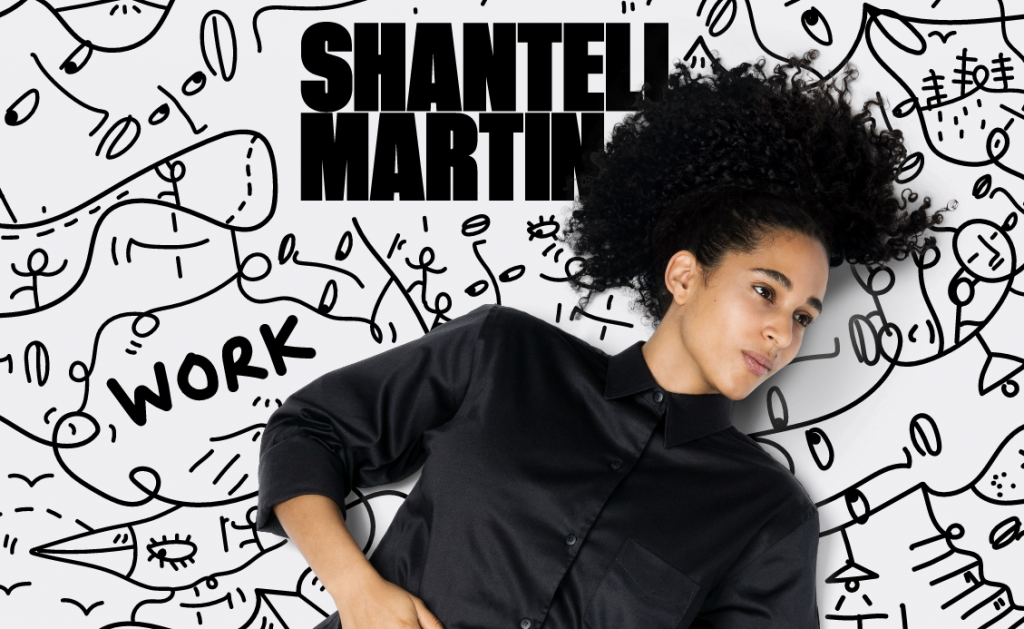 This artist from New York has managed to win numerous awards and recognition from web design critics. Shantell doesn’t try to choose a narrow niche as the rest of the digital creators do. Instead, she presents herself as an Artist and calls the works of her studio the Art. To understand why to look at her works’ animated futurism and eclecticism. This is a brand-focused web design at its best. Shantell is one of the leading designers in her field. 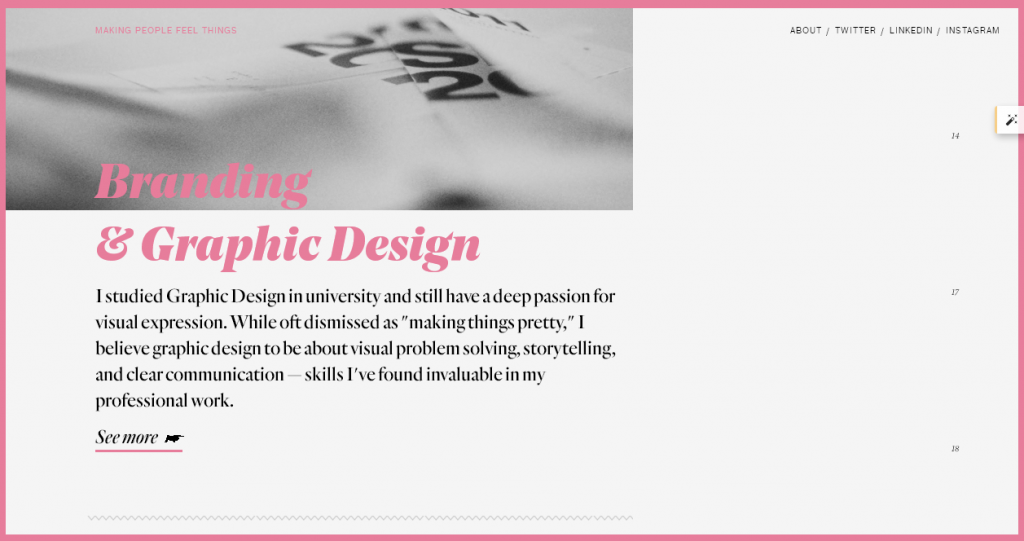 A Norwegian product designer, web developer, and interface expert has lived and worked in Oslo, San Francisco, London, and Amsterdam. She became famous among designers thanks to the cooperation with Facebook and the commercial offers she created for this giant. Christine’s style is based on minimalism with sufficient animation, free space, and unusual color combinations. 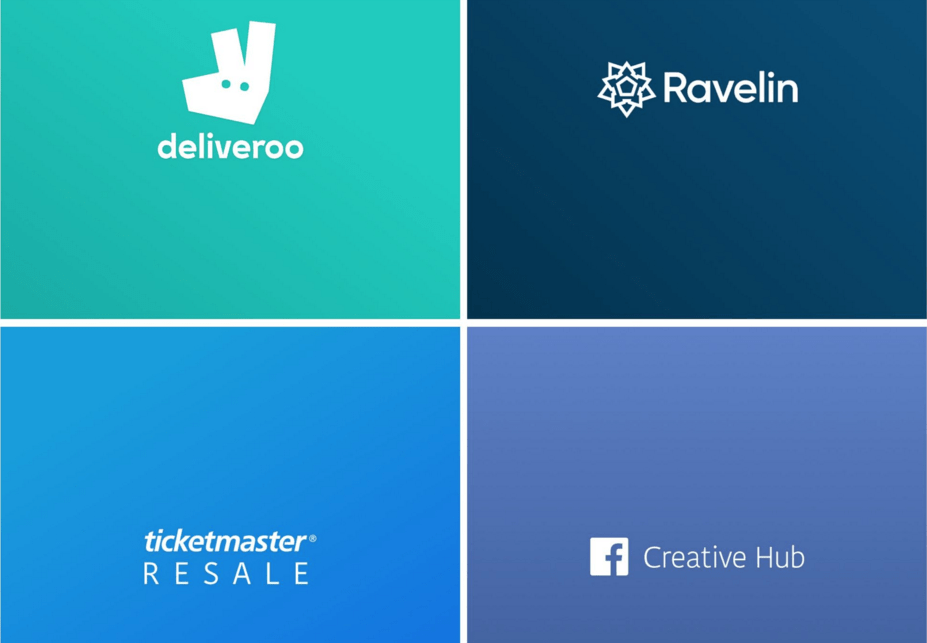 This product designer from London has worked with many iconic brands, including  Facebook, YoYo, Delivero, Ravelin, and Cafe Noir. Like many of the listed designers, Sandor opts for minimalism. He focuses on color and one-two details that perfectly present a brand. “Genius lies in simplicity” is right about him. 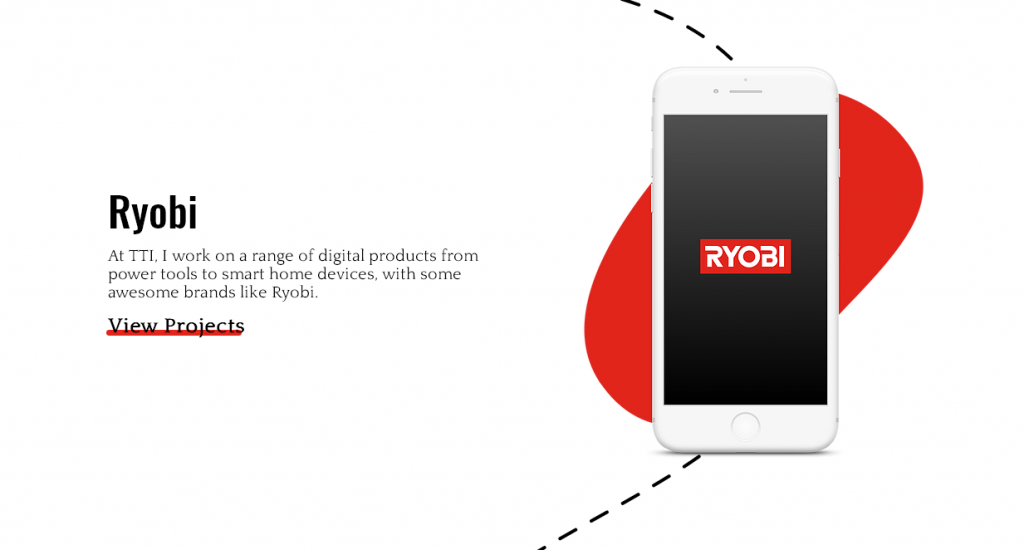 This one is a UI/UX designer from TTI, a proponent of graphic minimalism and a creative developer. His website is the best proof of his preferences. You will be offered to follow a taco (a famous Mexican dish) to discover its style and achievements of Matt. We must admit,  Mister Ward, that’s a great way to form a user path. 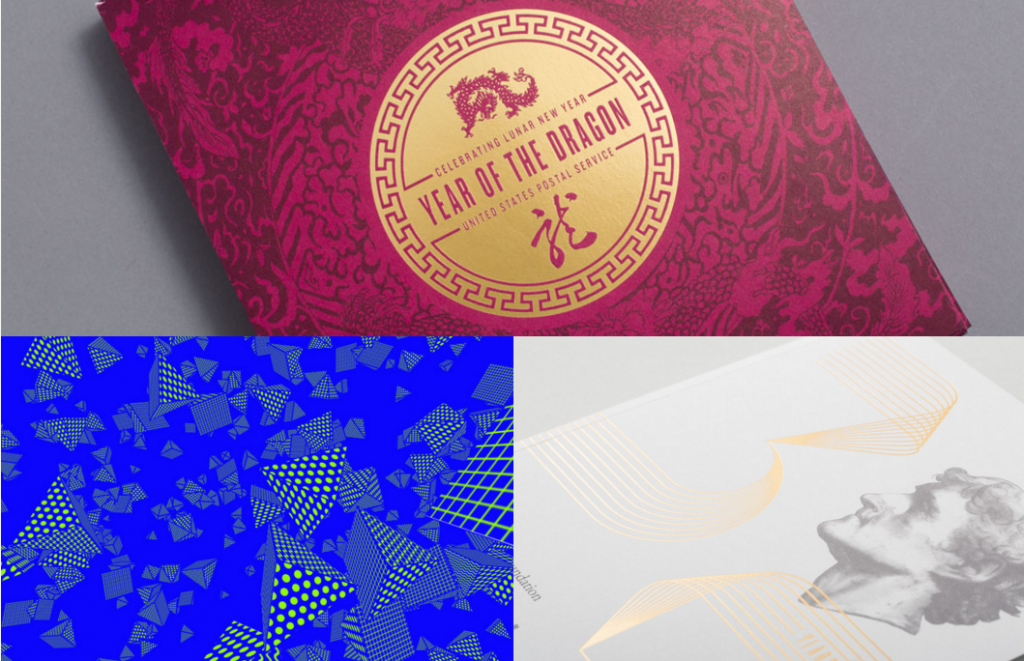 Matt is an art director, illustrator, and web designer from Brooklyn. Since he adores minimalism and abstract art, all his websites look like objects of modern art. His works are notable for unusual font and color combinations and unique visuals. This is why he is among the best webpage designers. 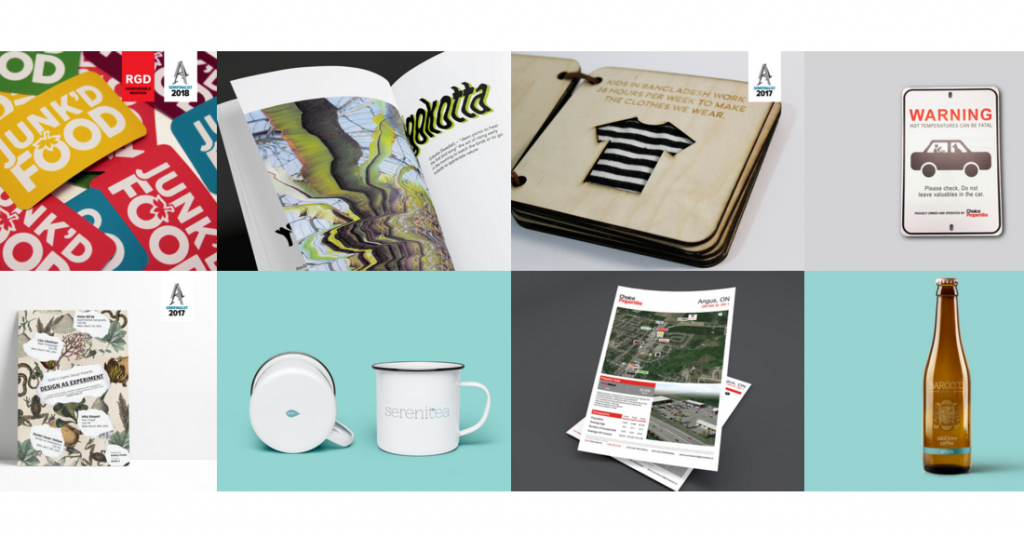 A graphic designer and activist, Ashley believes that we must create a better world with our own hands. She also uses this approach in her work: websites need to be perfected, illustrations must be brighter, and interfaces – be more convenient. When you look at Ashley’s portfolio, you will agree that she manages to improve the world of web design. So the real world must be very lucky to be the next. 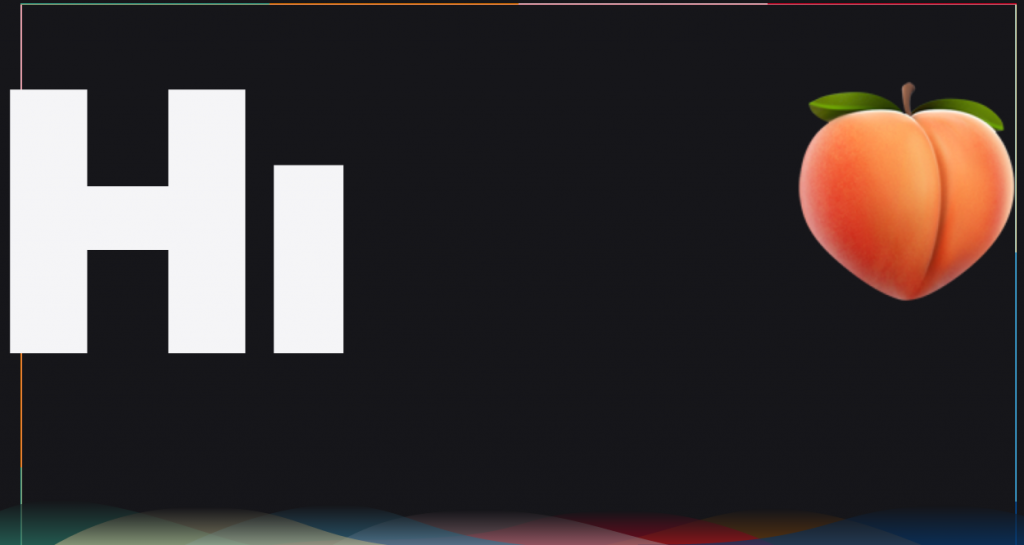 Kosuke is a product designer at Instaread. He skillfully combines illustrations, animations, and large typography. For some time, he was doing celebrity website design. His works are abstract, minimalist and have a lot of space. Just look at the combinations of fruits with futuristic images, and you will immediately understand why he is so great! 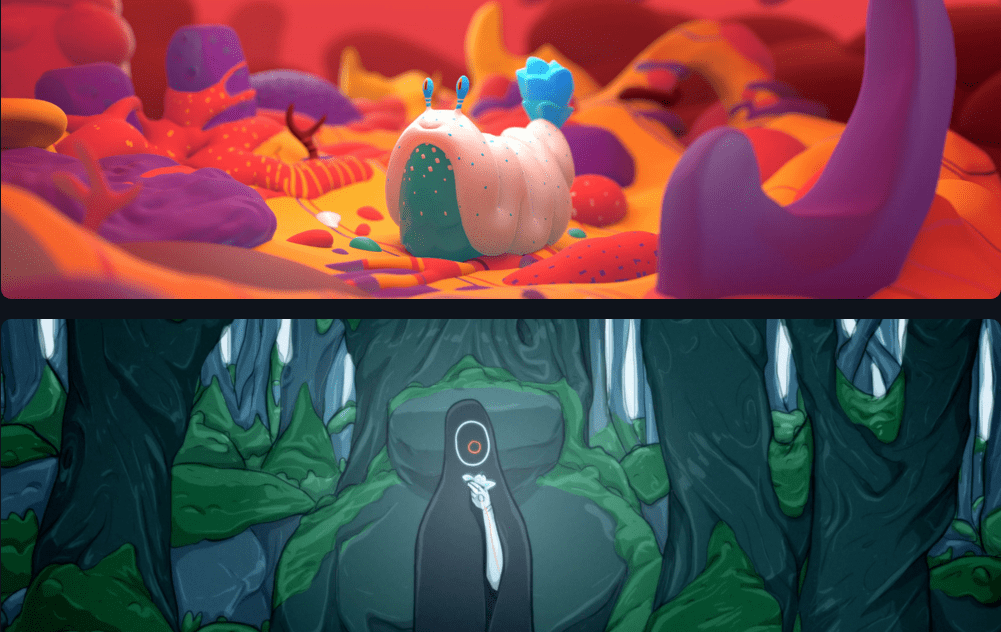 This guy is an awarded designer, artist, and illustrator. Childish and fantastic – that’s how he describes his works. And he is right! It’s worth noting that David doesn’t deal with website development. He specializes in illustrations. Lanham participates in creating breathtaking sketches that later serve as a basis for original web resources. We have also included him in the list of Top 30 best web designers worldwide. 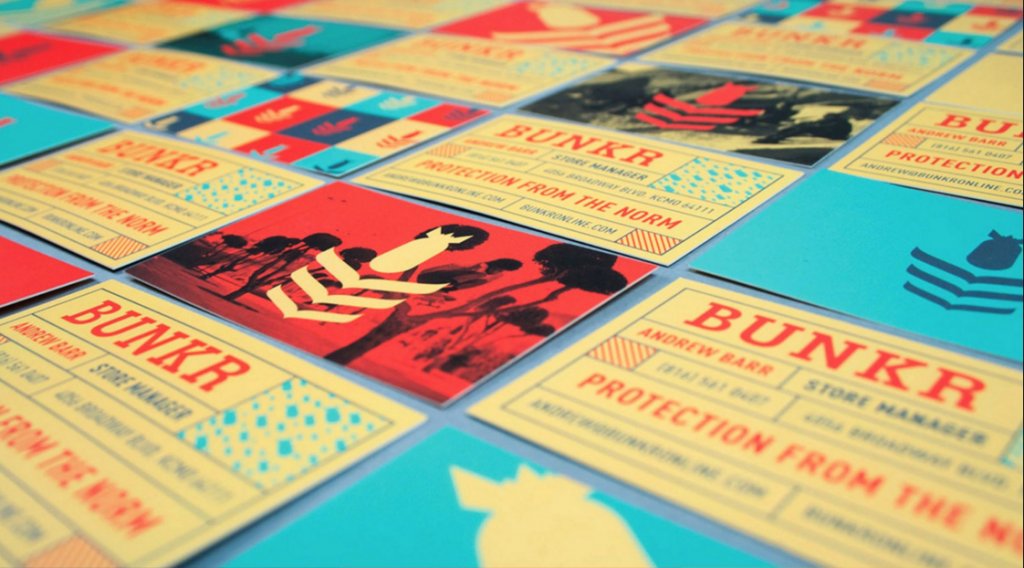 This UX/UI designer from Kansas specializes in branding, identity, interface and graphic design. His works have largely minimalist and modern pop-art styles. 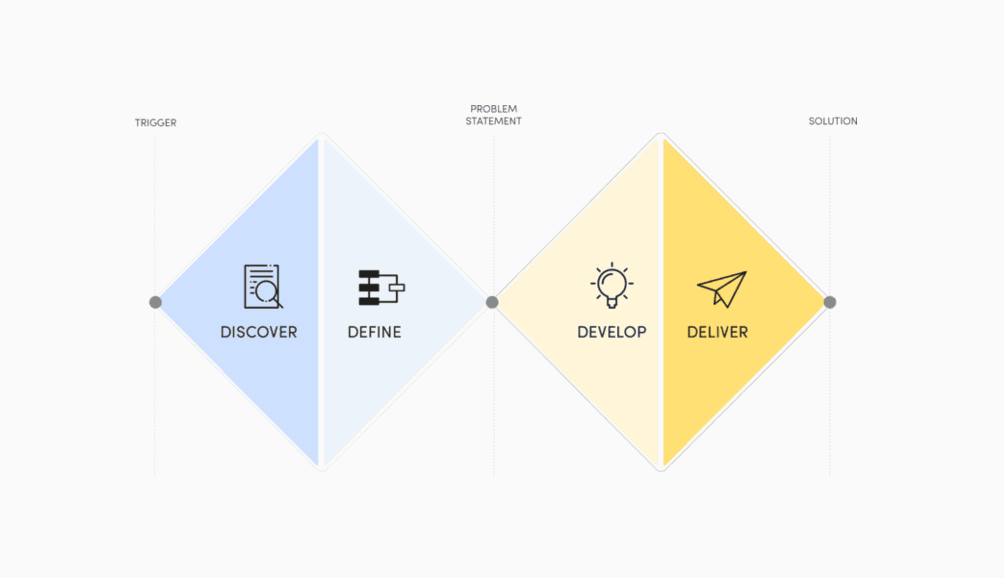 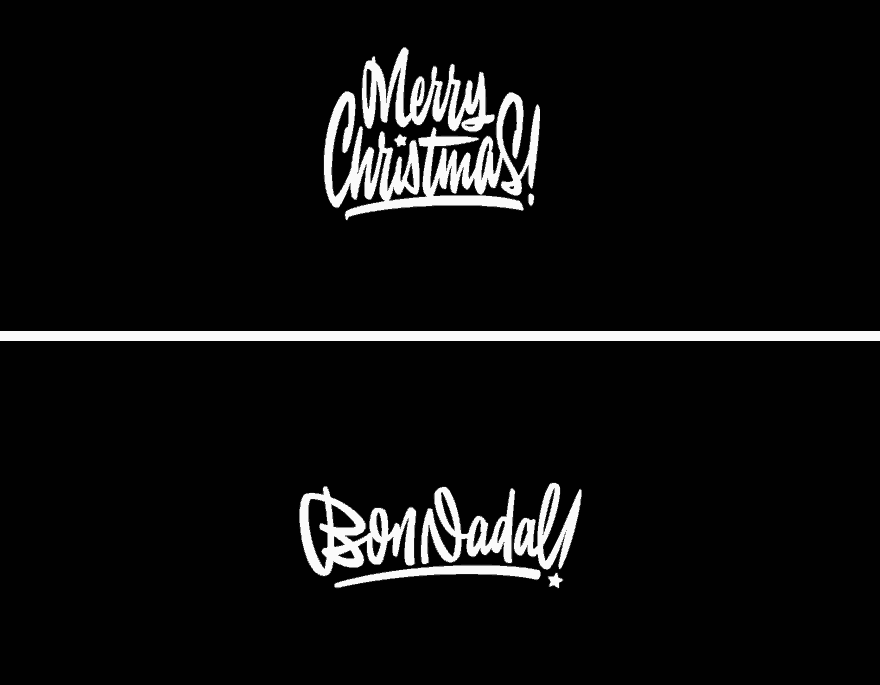 Sergey is an independent artist, illustrator, and designer from Moscow. He specializes in brand-focused web design and calligraphy/lettering. Shapiro relies on his mastery of fonts and uses text-like (and instead of) illustrations. He cooperates with companies worldwide to create brand logos, identity, and corporate pages. 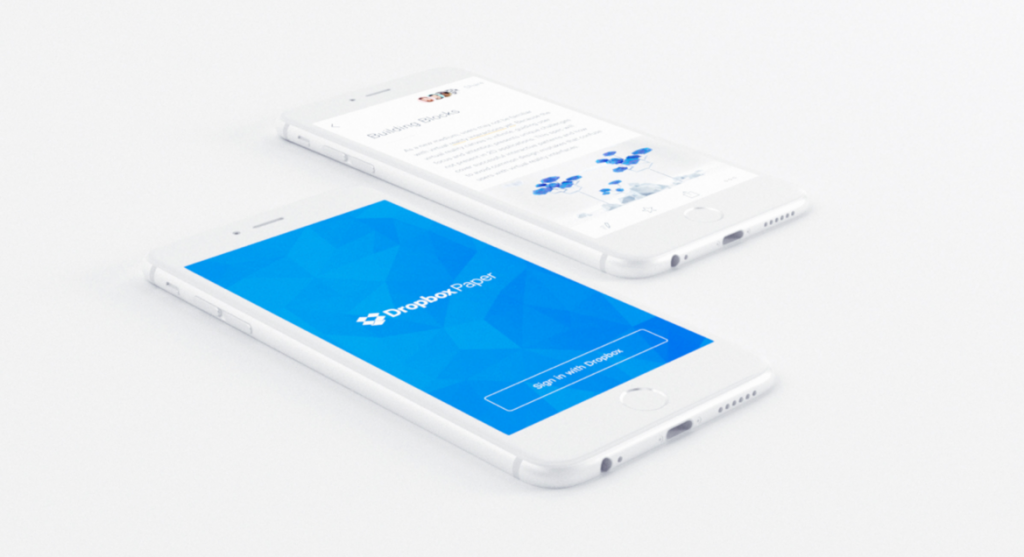 Jeremiah Shaw, an artist and designer, cooperates on a freelance basis with Dropbox, Google, Apple, and Kolor Labs. His specialization is 3D illustrations, animations, interface design, and branding. However, currently, he dedicates most of his time to 3D games for children branded under the names of his renowned partners. His style is quite recognizable – maximum geometry and polygonality. 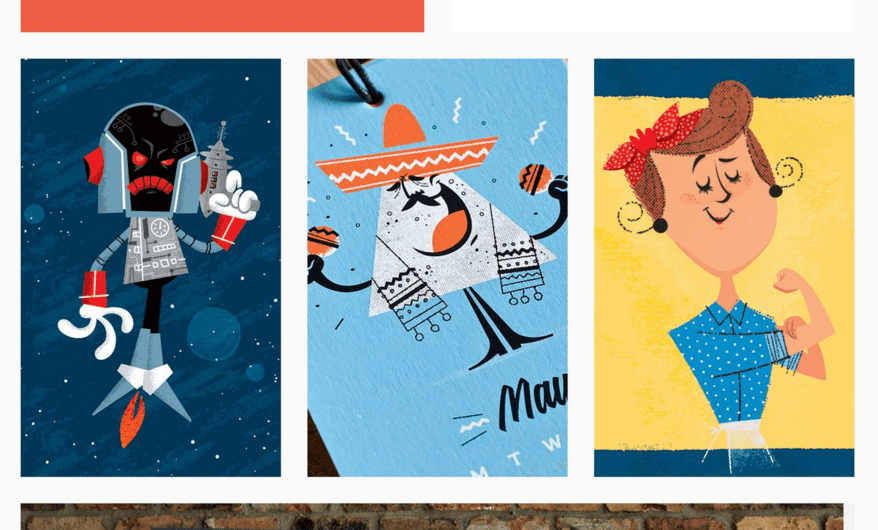 This illustrator from Woodstock is one of the best web designers. Chris lives and works in a city that had a great artistic impact on his creativity. Sandlin’s illustrations are mainly made in book style. However, the author actively uses combinations of pastel and saturated colors, geometric shapes, and unusual patterns.

Camellie is an independent illustrator that creates projects for such giants as Siemens, Telegraf, Vodafone, and The Sims. Her works are minimalistic and have a clear composition. Just look at her illustrations (that’s what she is particularly good at)! No extra detail. Everything matches one style. 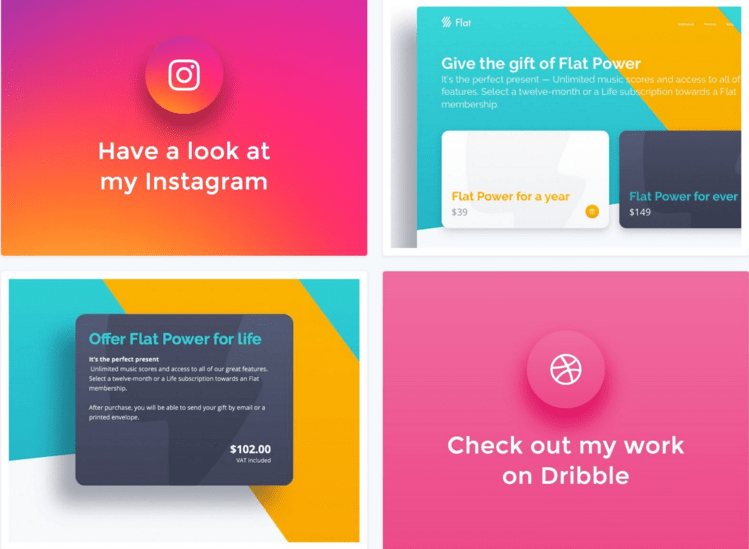 This product designer works as the leading designer at Blackpills. Adam is a god of appealing interfaces and a proponent of flat and semi-flat. 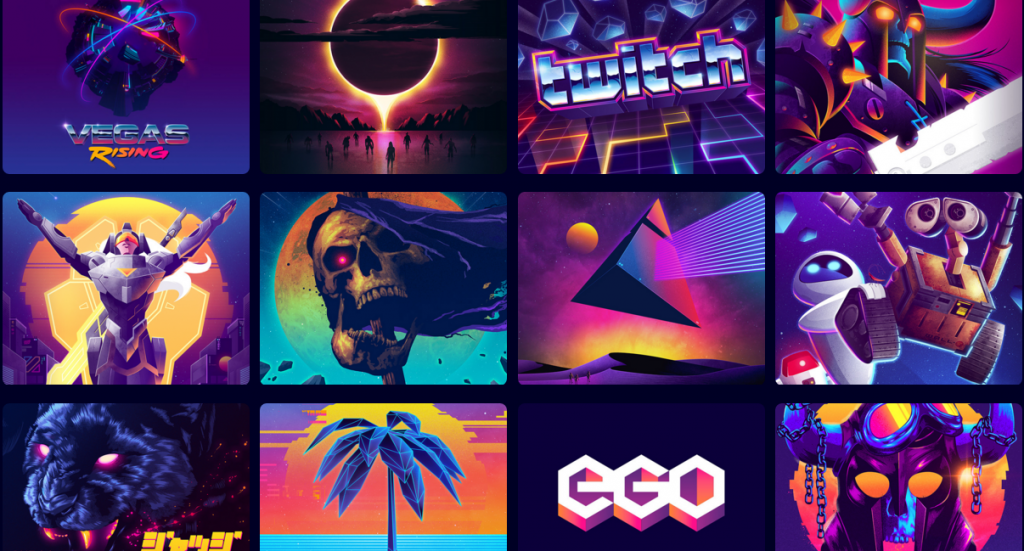 Get acquainted with this designer, illustrator, founder, and creative director of Signalnoise Studio. James is a fan of neo-noir when it comes to the style of websites and advertising campaigns. He prefers dark, saturated, polygonal, and geometric designs. 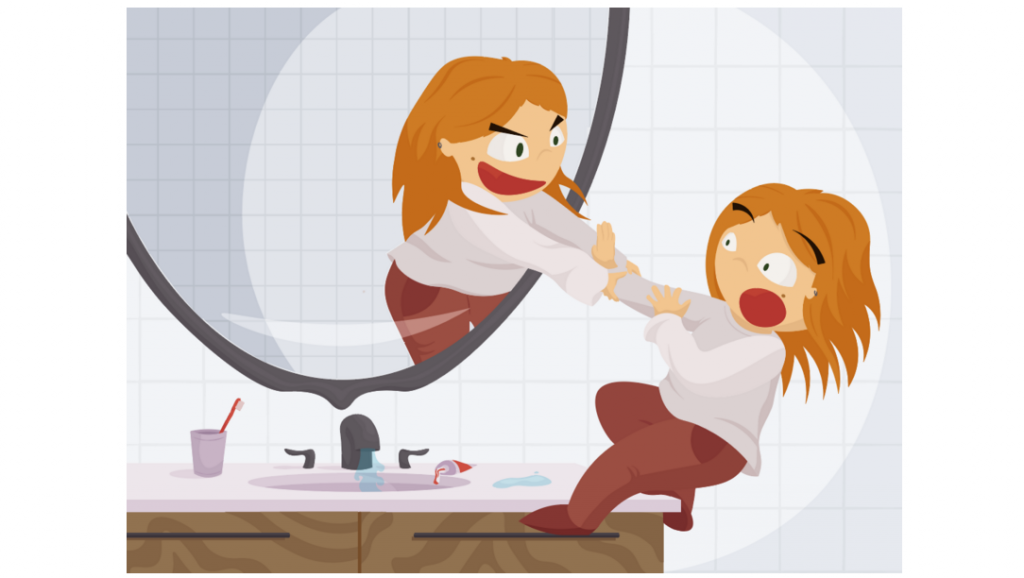 This designer, illustrator, and intern at Microsoft, Adobe, and Duolingo specialize in image-focused web design and illustrations. Tiffany’s works are prominent with their comprehensiveness – they seamlessly combine art and interface usability. 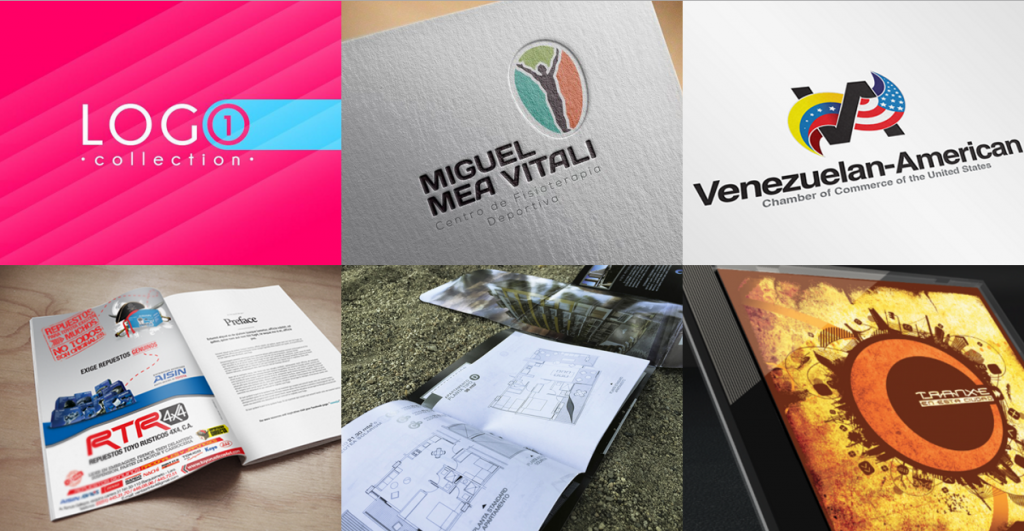 Jose is a graphic designer and art director at Nestle based in Los Angeles. He specializes in branding and product design. This guy constantly experiments and tries to make the most from skeuomorphism, flat, and semi-flat. It’s hard to tell that he has one style, but some characteristic features are present in all his works. 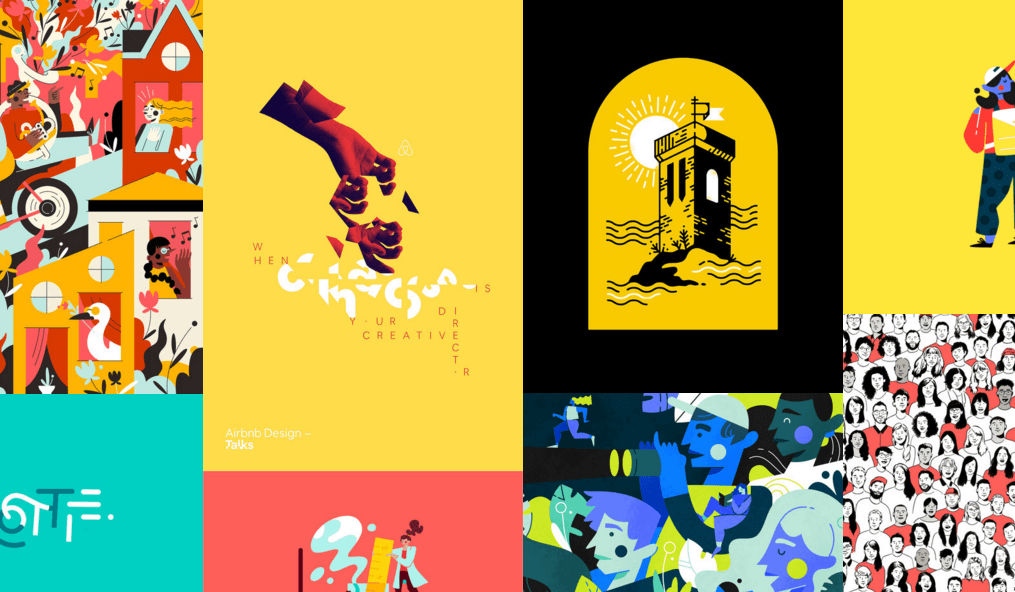 She works as a graphic designer and illustrator at Airbnb. Meredith doesn’t limit herself to minimalism. Her works are always vivid experiments guided by only one rule. It would probably sound like “opt for uniform colors.” 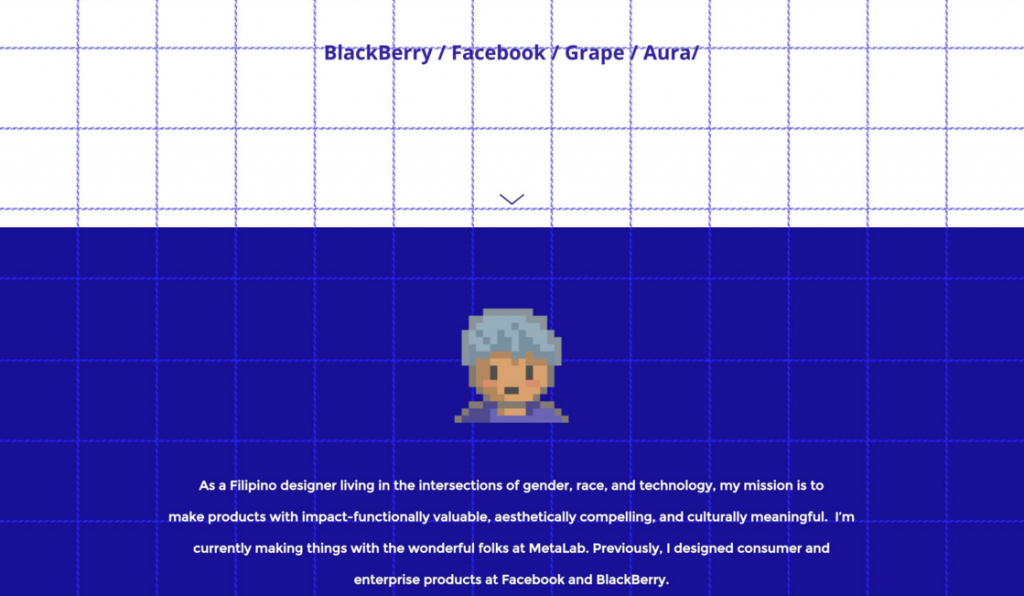 This product designer from Vancouver is famous for her cooperation with Facebook. Her professional mission is the creation of functional, aesthetic, and symbolic websites. She follows the chosen approach, considering how well she combines pixel images, bright colors, and geometric shapes. 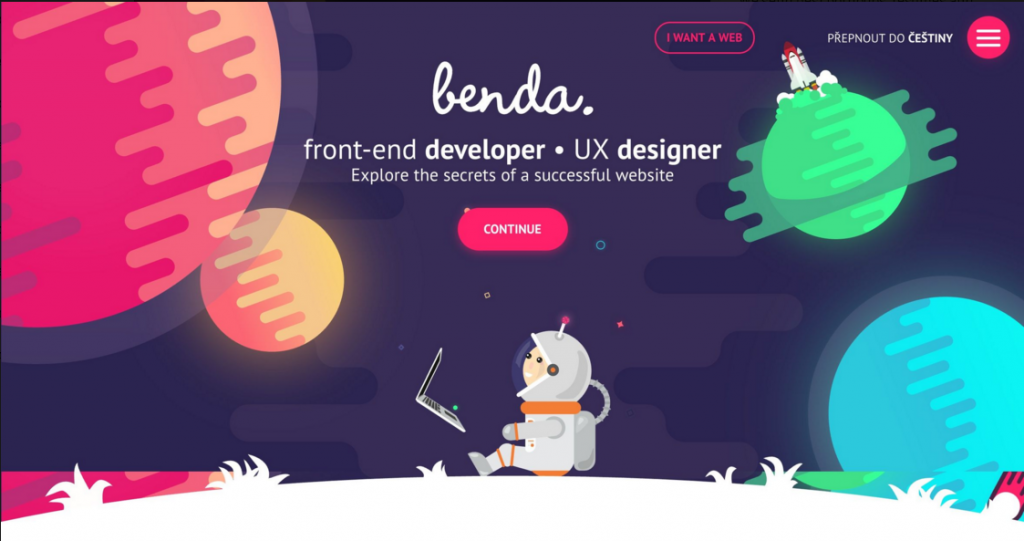 Filip is a front-end developer, UX designer, and consultant from the Czech Republic. Like all of his successful colleagues, he creates designs that generate leads. Benda admits that a website is just a component of branding. Full-fledged brand positioning only starts when all its elements have a universal style. Filip deserves his place on this list as a professional and dedicated designer. 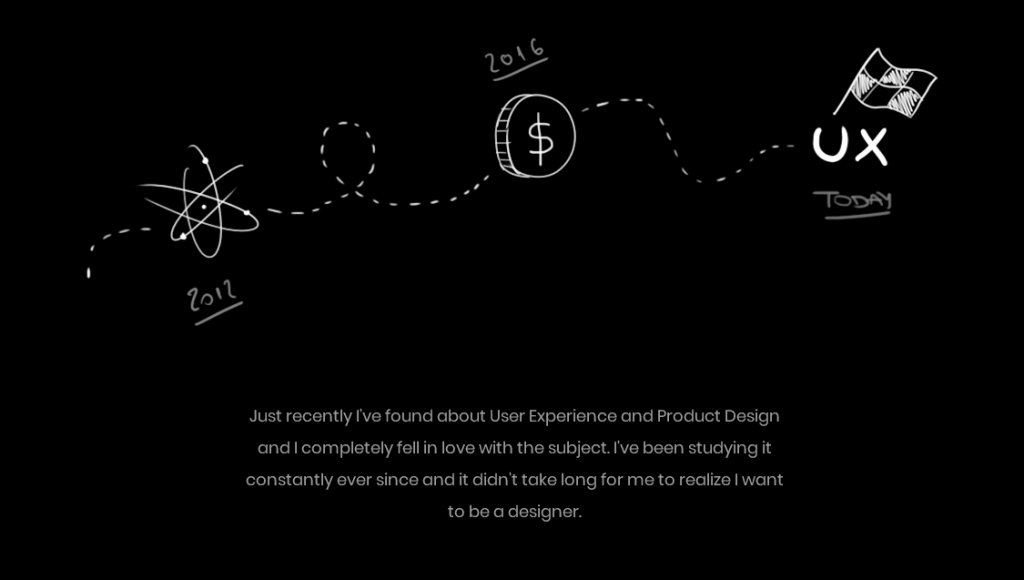 A freelancer who inspires with her newspaper style of web design. She cooperates with NYM, NY, Wired, SM, and other renowned American publishers. Bethany opts for large typography, nice color combinations, and high-quality photos. The creates images for her projects independently since she is also a great photographer.

Now you know which companies hire web developers, what is the greatest web designer boutique digital agency, and what are the best sites for web designers. Web design is still too young to be as influential as fashion or interior design. Yet taking into account the number of highly skilled professionals working in this field, the global automation, and the computerization of our lives, it has all chances to grow its social impact. Unfortunately, so far, only web artists and their B2B customers are largely interested in web design trends. Maybe, in the nearest future, website owners will change the look of their resources as often as they buy new shoes.